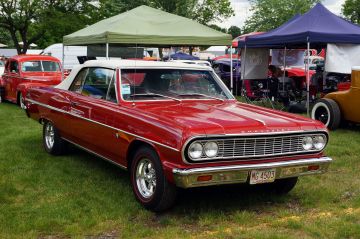 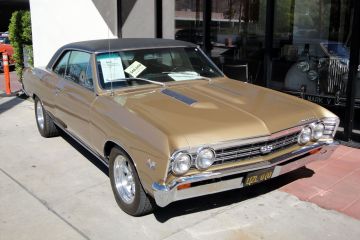 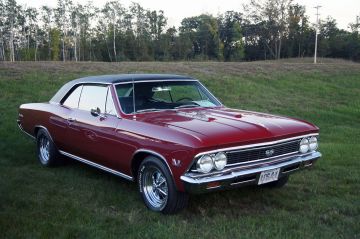 The Chevelle was intended to compete with the Ford Fairlane, and Plymouth Belvedere, and to return to the Chevrolet lineup a model similar in size and concept to the popular 1955-57 models. The Chevelle's 115-inch (2,900 mm) wheelbase was the same as that of the 1955-57 Chevy. Two-door hardtop coupes, and convertibles, four-door sedans, and four-door station wagons were offered throughout the entire run. In line with other Chevrolet series, the two-door hardtops were called Sport coupes. Four-door hardtops, dubbed Sport Sedans, were available (1966 through 1972). A two-door station wagon was available in 1964 and 1965 in the base 300 series.

The Chevelle Super Sport, or SS represented Chevrolet's entry into the muscle car battle. Early 1964 and 1965 Chevelles had a Malibu SS badge on the rear quarter panel. Chevelles with the mid-1965 Z16 option, priced at US$1,501 in 1965, had the emblem on the front fender as well as distinct in-house style numbers: 737 for the hardtop and 767 for the convertible.

1966 saw a complete restyle of the Chevelle on the previous frame that included smooth contours, a broad new grille and bumper treatment, and curved side windows. Bulging rear fender lines and a "flying buttress" roofline (tunneled into the "C" pillar) were highlights of the '66 hardtops, shared with other GM "A" body models. The new body reflected the "Coke bottle" body shape that became the fad for American cars in the mid-1960s

The 1967 models received a facelift. Large wraparound taillamps went into a new rear end with standard backup lights. "What you'll see inside," claimed the sales brochure for the 1967 Chevelle, "will probably bring on a severe compulsion to go driving." Front disc brakes were available on all models, and a new dual master cylinder brake system incorporated a warning light. 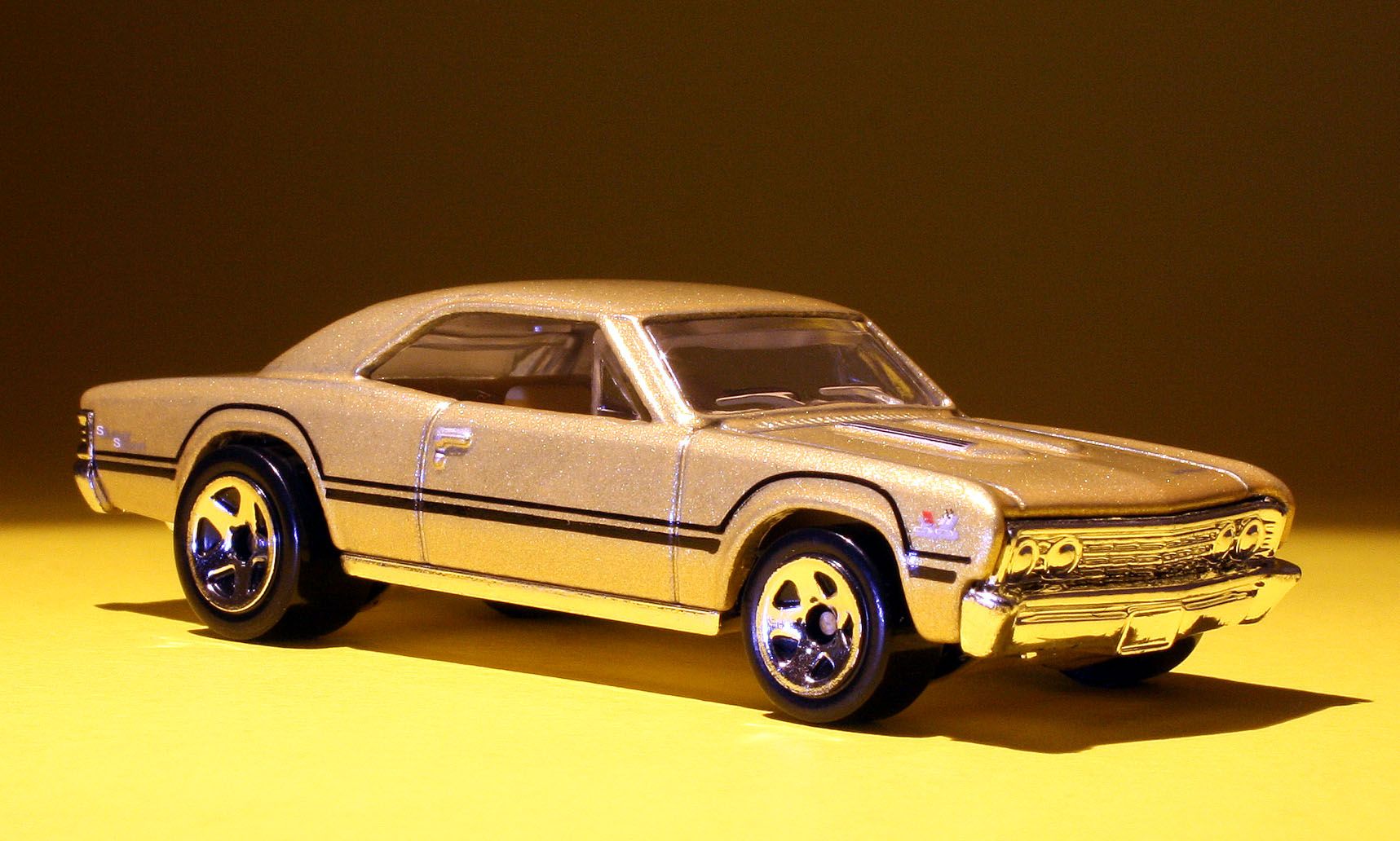