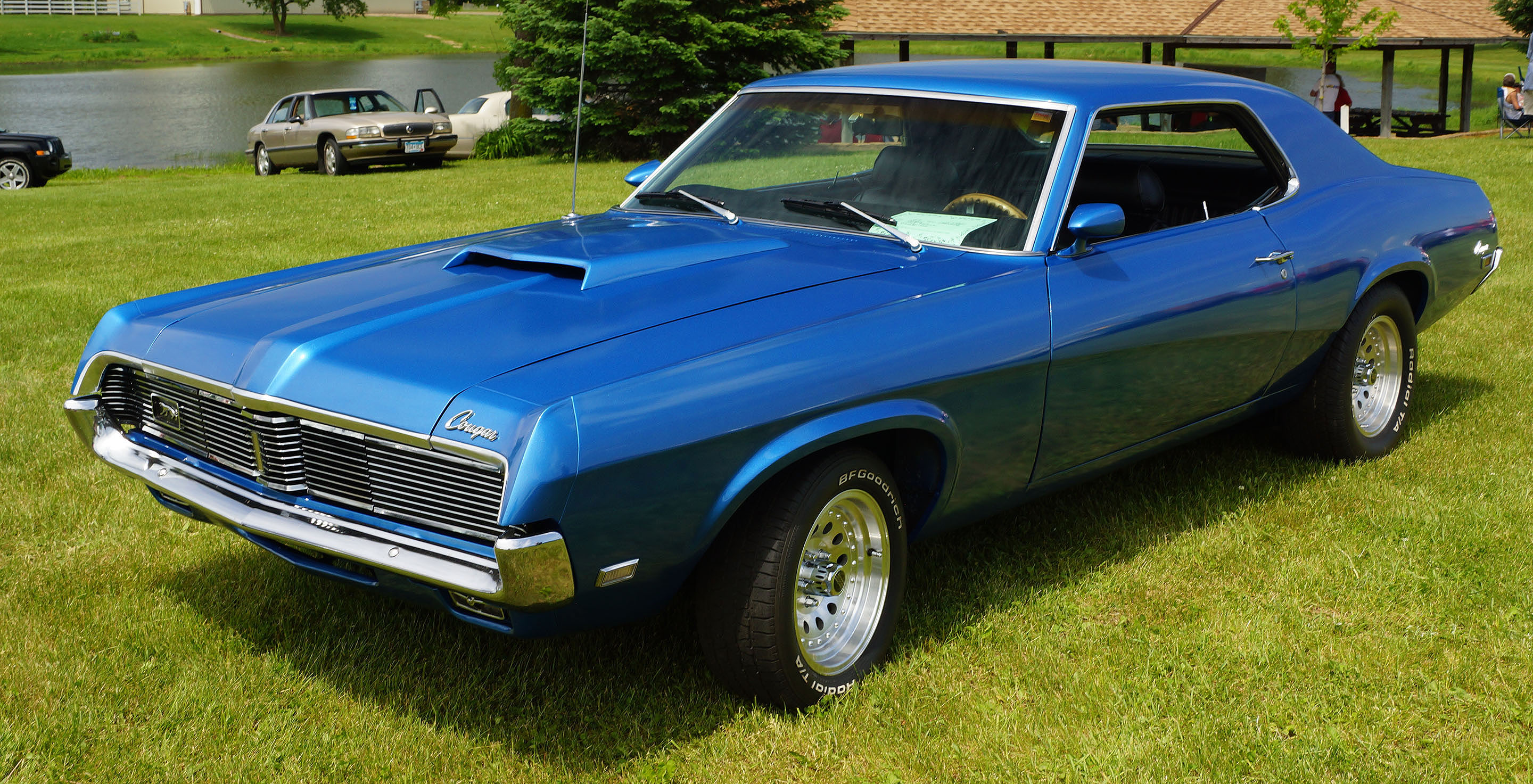 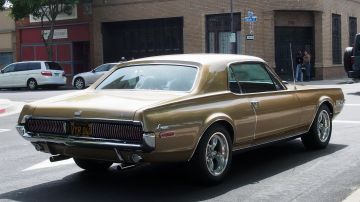 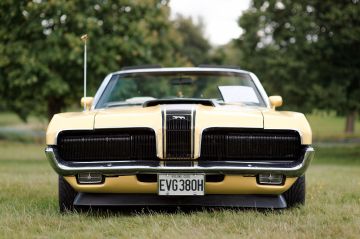 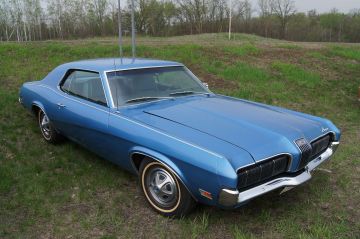 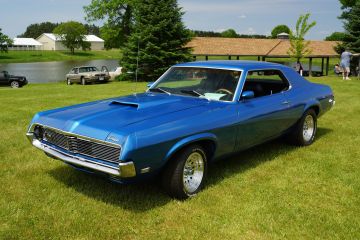 The 1967 Cougar, went on sale September 30, 1966. It was based on the 1967 refreshed first-generation Mustang, but with a 3-in-longer (76 mm) wheelbase and new sheet metal. A full-width divided grille with hidden headlamps and vertical bars defined the front fascia—it was sometimes called the electric shaver grille. At the rear, a similar treatment had the license plate surrounded on both sides with vertically slatted grillework concealing tail lights, a styling touch taken from the Thunderbird.

The third year of production, 1969, brought several new additions to the Cougar lineup. A convertible model was now available in either standard and XR-7 trim. The grille switched from vertical bars to horizontal bars. Tail lights still spanned the entire rear of the car and retained vertical chrome dividers, but were now concave rather than convex. Body sides now featured a prominent line that swept down from the nose to just ahead of the rear wheel wells. A new performance package appeared. The GT, XR-7G, and 7.0-L GT-E were discontinued, but the 390 and 428 V8s remained. The 302 engines were dropped, except for the "Boss" version, available only with the Eliminator package.

For 1970, the Cougar appearance was similar to the 1969 model, but changes were made. A new front end featured a pronounced center hood extension and electric shaver grille similar to the 1967 and 1968 Cougars. Federally mandated locking steering columns appeared inside, and high-backed bucket seats, similar to those included in the 1969 Eliminator package, became standard on all Cougars. Other changes included revised taillight bezels, new front bumper and front fender extensions, and larger, recessed side markers. The 300 hp (224 kW) 351 "Cleveland" V8 was now available for the first time, though both the Cleveland and Windsor engines were available as the base model two-barrel engine.