The 2010 release of '67 Pontiac Firebird 400 has been long awaited by many Hot Wheels collectors. Since its appearance as a convertible in the original "Sweet 16" lineup of 1968, this car has returned only once - in 2007 premium Neo-Classics Series 6, limited to 11000 issues.

This time the car has made a spectacular comeback to the main line as a coupe. In 2010 Mattel released '67 Pontiac Firebird 400 in 3 colors: Green, Red, and Blue. The best part was the stock livery that resembled the appearance of the real car.

This blue Firebird is very special to me, being the first Hot Wheels car I owned. Back in 2010, I wasn't really interested in diecast models. However, I couldn't pass this car hanging on the pegs, because of the beautiful blue color and its stock looks. It later sparked my interest in 1:64 diecast models and now it is one of the favorite cars in my collection.

On the exterior, the model has dark blue metal flake paint. There are several real car tampos: Firebird logo on the front fenders and "400" on the hood. The white stripes on the doors could also be found on some of the real car pictures, but I wasn't able to identify the exact trim level that carried this decoration. The black plastic base and interior are also well decorated. 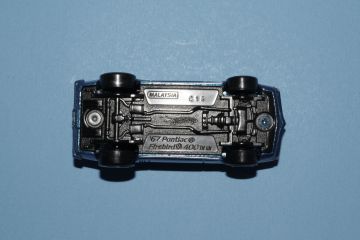 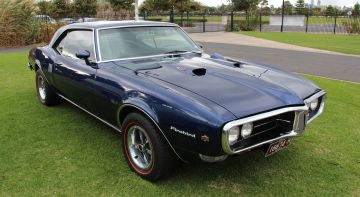